When we talk about the origin of whisky, we undeniably think of Ireland and Scotland. But we also acknowledge that over time, the concept travelled to faraway lands and became an integral part of other cultures and practices. In America, the early colonists were more accustomed to brewing beer than any other alcoholic beverage.  But one day, Captain James Thorpe, a missionary from Virginia, decided to replace barley with corn to make an alcoholic beverage and people till date wonder if it was the first corn whiskey of the era or just another variant of beer. But whatever it was, it became the end of him when a few Native Americans, inebriated with his liquor scalped and killed him in 1622.

American whiskey was a raw, unaged spirit in the beginning. Over 300 years, shaped by every major event that affected the country, American whiskey turned into a complex, and distinctive product. Although the first settlers imported fortified wines, and brandy, they wanted to become self-sufficient. Once the beehives were located, they started producing mead, and metheglin, but that did not make them happy. While small stills were common on Scottish farms since the mid-1500s, the settlers gradually started building their own with imported raw materials from Europe. They used fruits and vegetables that fermented better to concoct liquors like peach brandy and applejack. Whisky was still not very popular. And until the mid-18thcentury, it was primarily being produced in small quantities, by farmers who distilled without any concrete knowledge about the techniques of distillation, for making small profits.

Meanwhile, a large number of Scotch-Irish migrated to North America. They were the people who helped lay the foundations of a thriving whiskey industry in the States, after George Washington suggested that several public distilleries be constructed to celebrate the newly formed United States of America, in 1777. Washington himself had a fair idea about distilling liquor, since he was already producing rum from Mount Vernon. His Scottish plantation manager, James Anderson however, soon persuaded him to plant rye so he could produce whiskey instead of rum, and so he did.

The Origin of Bourbon

After Kentucky became a state, several farmers from Pennsylvania fled to Kentucky. The Whiskey Rebellion alone did not propel this. The Bluegrass state was increasingly gaining popularity due to its fertile soil and sweet limestone water, which was essential for growing corn. While these farmers were well acquainted with Pennsylvanian rye whiskey, they did not know that a few men from Kentucky were creating a new spirit, something they could call their own.

Since 1776, Virginia’s Corn Patch and Cabin Rights had encouraged corn cultivation in Kentucky. Not only was corn relatively easy to grow but the distillers soon realized that it made a unique style of whisky. Although it is impossible to be certain who first made use of corn to produce whisky, popular belief is that both Wattie Boone and Stephen Ritchie were pioneers in making whisky in Nelson County, Kentucky, as early as 1776. But the first recorded mention of a commercial distillery was the one operating in Louisville in 1783 under Evan Williams. But it is Elijah Craig, a Baptist preacher, who is often recognized as the first man to distil bourbon. Although this claim is largely unsubstantiated, it is true that he was famous for his spirit then, and continues to be well remembered now, particularly after Heaven Hill distilleries named one of their bourbon brands after him.

The Adventures of Kentucky Whiskey

Bourbon as we know it now was not exactly bourbon, before 1800. Even though Kentucky was bountiful with all the ingredients required to make good bourbon, the distillers followed different guidelines to produce the whiskey. The current mandate is to age the spirit in charred oak casks, for at least a period of two years, but distillers in the past often did not store whiskey for that long, nor used charred barrels. The question of sour mash too, did not arise until Dr James Crow, a born and bred Scotsman, a man of medicine and science, who was working at the Pepper distillery, experimented with sour mash to produce smoother bourbon than widely available, around 1823. Since all straight bourbons produced today are sour-mash, we owe Dr Crow, for introducing us to modern day bourbon. His Old Crow Kentucky Straight Bourbon Whiskey, which is now produced by Beam Suntory using the same recipe, had been immortalized by American writer Mark Twain after he fell in love with it on his first visit to the Pepper distillery in the late 1880s. 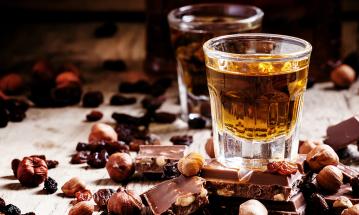 Whisky and Chocolate: A Pair for Passion

Chocolates have universal appeal. Eating chocolates causes the brain to release serotonin-- causing the same warm, fuzzy sensation experienced when falling in love and enhancing feelings of pleasure. And when coupled with whisky, the effect transcends every level of enjoyment. In spirit of the imminent Valentine’s Day, why not partake of this delightful combination and indulge your loved one too? 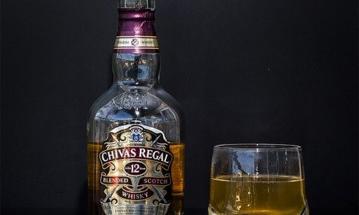 Johnnie Walker Red Label vs Chivas Regal 12 Year Old – How do they differ?

A truly arduous comparison since both, the Chivas Regal 12-Year-Old, and the Johnnie Walker Red Label are iconic blended Scotch whiskies with many years of history, experience, traditions and success in their rear view mirrors. 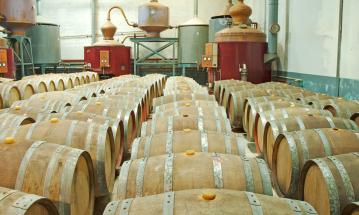 Whisky Amid the World War: Decline and Resurgence